SMALL DIFFERENCES AND MANY SIMILARITIES

In addition to the lower performance make a modified housing design including a new battery and display position, a stronger LED modeling light and that 30 percent less total weight of 2.24 kilograms, the differences to the big brother HD-610 HSS. The different arrangement of the display on the side of the flash unit makes it easier to read and operate the individual functions when taking pictures with a boom stand. As usual, all function settings are via the clearly structured menu navigation accessible.
in the Difference to the HD-400 TTL the pro version can do it too flash off during charging from a charge of 25%, as the charger also functions as a power supply unit , she owns with 20 watts a stronger one LED modeling light and has one Flash charging time of just 0.9 seconds . The Pro’s delay countdown time is in the range of milliseconds, not seconds.When taking continuous pictures, it can keep up with the camera at up to 20 pictures per second at reduced power.

This is one of the tried and tested features of the HD-400 TTL Pro Bowens S-type bayonet for the connection of light shapers from various providers. As with the HD-610 HSS, the power supply is provided by a powerful lithium polymer battery. Up to 450 releases at full power and one Flash charging time from 0.05 to 0.9 seconds he guarantees persistent and speedy work.

In addition to the manual power setting from full to 1/256 power, the TTL flash power control for constant flash exposures as basic equipment. With TTL you can enjoy convenient automatic functions that prove to be extremely beneficial in changing light conditions during outdoor shoots, as they save you the constant manual correction of the flash output on the device. 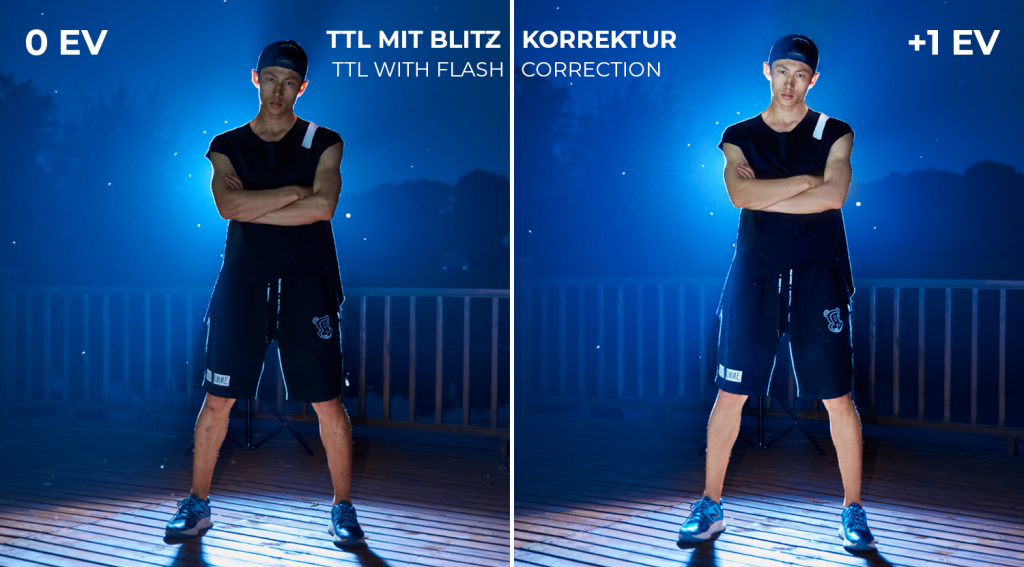 the Short-term synchronization HSS (only in manual mode) enables faster shutter speeds than the usual synchronous times. Depending on the camera model, this can be up to 1/8500 second . With extremely short exposure times you can freeze fast movements, flash against the sun and use more open apertures for portraits outdoors.

Note: TTL and HSS modes cannot be used together. 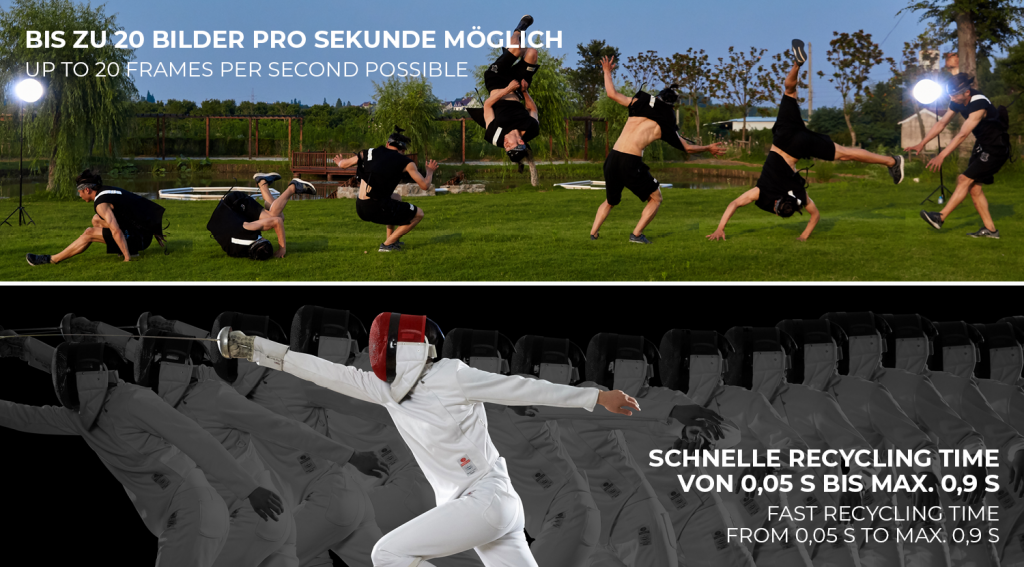 For TTL or HSS operation with compatible DSLR cameras, Jinbei offers the Radio remote control TR-Q7 at. the Bluetooth remote controls TR-Q6 C / N / S / F for Canon, Nikon, Sony and Fujifilm cameras come up with a convenient operating concept that can be expanded with a smartphone app. Please note that the HD-400 TTL Pro only works with the TR-Q7 and TR-Q6 remote controls in TTL or HSS mode and not with other remote releases!
Jinbei extends compatibility regularly via firmware upgrade for additional camera models. The update takes place via the USB port on the back of the flash (with the battery removed).

COMPATIBLE WITH OTHER RADIO REMOTE CONTROLS

The integrated radio receiver of the HD-400 TTL Pro is also compatible with the Jinbei radio remote controls TR-V6, TRS-V and TR-RV, subject to the restrictions mentioned above. The actual range of functions of the remote control can be found in the item description. Use flash triggers from other manufacturers via the 3.5 millimeter jack connection of the HD-400 TTL Pro.

With Easy Cap, Jinbei has built a function for simplified clipping into a studio flash. This results in two shots, one with the desired illumination of the main subject and a second with the illumination of the background. Due to the exclusive backlighting, the motif stands out from it like a black silhouette. You will use this recording later as a layer mask in post-processing with an image editing program such as Photoshop. Clipping difficult details can be made much easier with this method.
Several flash groups are available in Easy Cap mode. The number of flashes integrated into the respective group is unlimited. Using the sequence one to six, you determine which group is responsible for lighting the main subject or the background.

the HD400PRO provides a lightweight and portable flash with enough power for portraiture in any location and is FULLY FEATURED,
not a cut-down model.  Including a Proportional LED modeling lamp.
Super fast shooting with under 1 second recycle. Super accurate colour.
Freeze action with a super fast flash duration of up to 19000/1
0.9s – Faster Refresh
20W – Brighter LED Modeling Lamp
The battery can support flash use while charging. When charge level is 25% or more
400ws, TTL, HSS, Freeze Mode,  Delay Mode,  LED proportional modelling, Li-Ion Battery, Canon RT Mode, C, N, S, F dedication,
Easy Capture mode for creating masks,  Magnetic reflector with gels, Accurate colour temp.
Full TTL support for Canon, Nikon, Sony, Fuji, Panasonic, & Olympus via the new TRQ-7 trigger
Great news for Canon shooters! Jinbei has provided the world’s first Canon RT compatible monoblock flash system, where you can mix your HD400 Pro with your Canon RT speedlites, controlling all of them via the TRQ-7.
Only 2.15kg with battery and only 28cm long (again, with battery).
The SMALL size of the HD400PRO makes it a great choice for portability and convenience. It is much smaller than current 600ws battery heads.
Jinbei includes a hard case (optional on many other brands)  battery charger, 4 x Gels, standard reflector and battery.